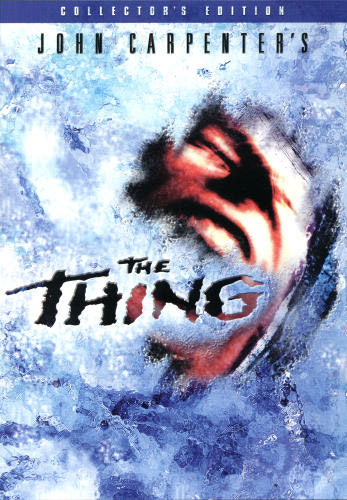 What you fear most is among you

The Thing is set in 1982, when a twelve-man research team at a remote Antarctic research station discovers an alien that has been buried in the snow for over 100,000 years.  Soon unfrozen, the form-changing alien wreaks havoc, creates, terror, and becomes one of them.  Horror-meister John Carpenter teams Kurt Russell's outstanding performance with incredible visuals to build this chilling version of the classic The Thing.  This Collector's Edition includes the digitally remastered picture along with feature commentary, an original documentary, outtakes, and more.