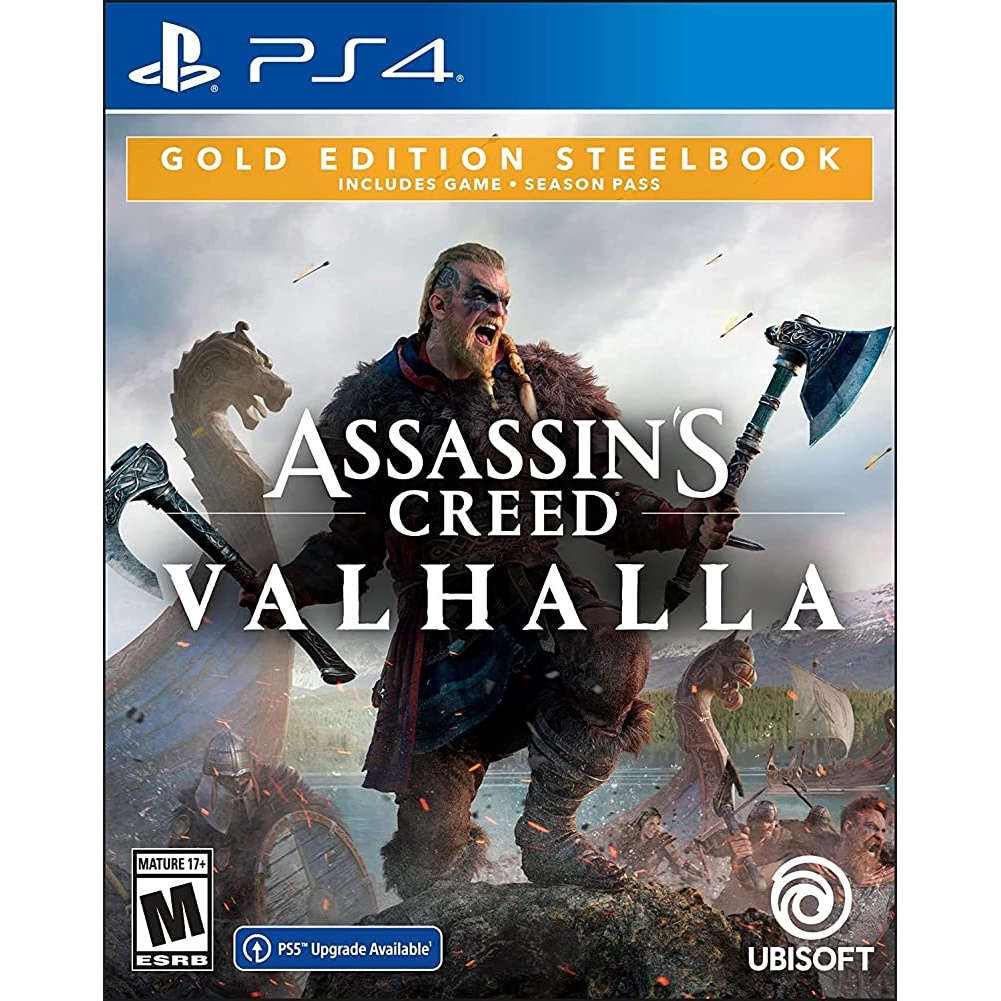 Assassin's Creed Valhalla Gold Steelbook Edition - PlayStation 4 - Lead epic Viking raids against Saxon troops and fortresses. Dual-wield powerful weapons and relive the visceral fighting style of the Vikings. Challenge yourself with the most varied collection of deadly enemies ever found in Assassin's Creed. Shape the growth of your character and your clan's settlement with every choice you make. Explore a Dark Age open world, from the shores of Norway to the kingdoms of England. Upgrade to PlayStation 5 Version: Assassin's Creed Valhalla PlayStation 4 game on Blu-Ray Disc must be kept inserted in a PlayStation 5 console to play the corresponding Assassin's Creed Valhalla PlayStation 5 digital version at no additional cost, when available. Requires a PlayStation 5, the game Blu-Ray Disc, a PlayStation Network registration, additional storage & Broadband internet connection. May incur bandwidth usage fees. Includes the game, SteelBook, and season pass. Become Eivor, a legendary Viking raider on a quest for glory. Explore England's Dark Ages as you raid your enemies, grow your settlement, and build your political power. Pre-purchase now for early access to the bonus mission The Way of the Berserker.