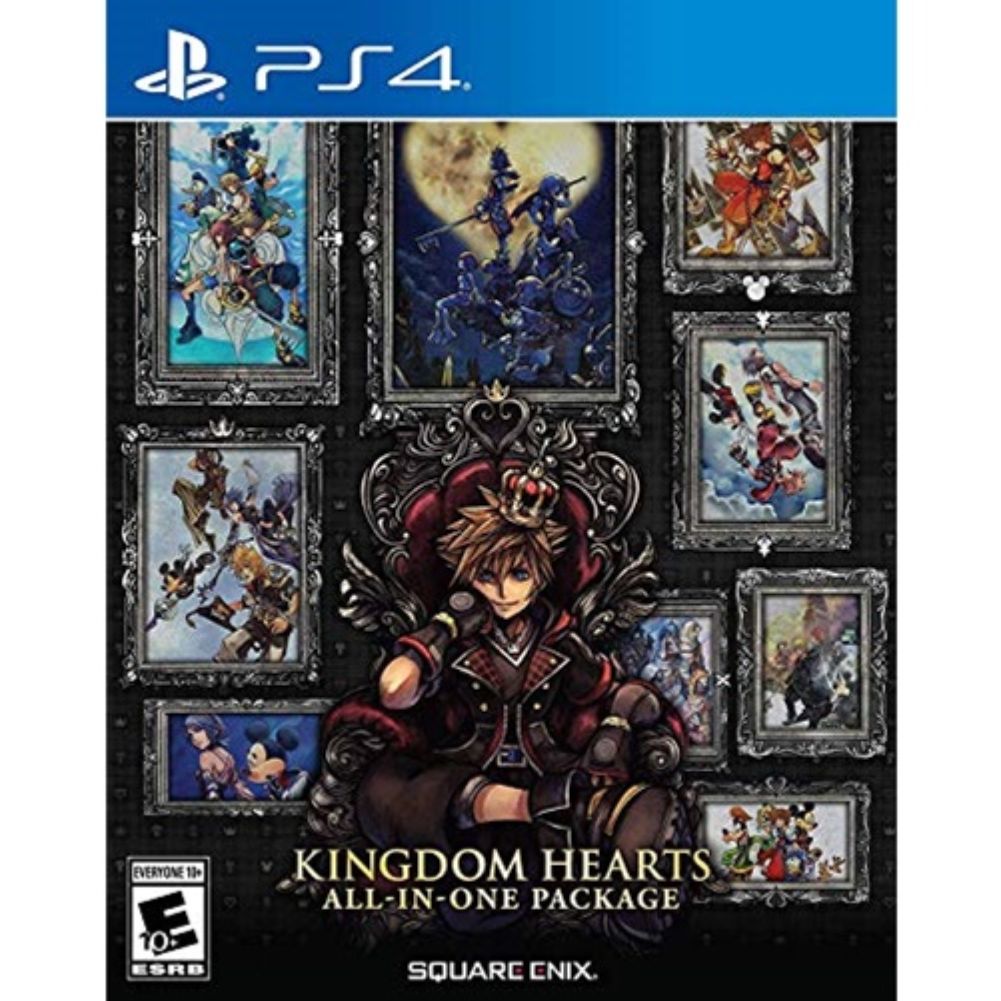 Square Enix KINGDOM HEARTS All-in-One Package - Standard Edition - English; Join Sora, Donald, and Goofy as they embark on a journey to stop the darkness from overtaking the universe. Wield the magical weapon known as the Keyblade in epic battles alongside iconic Disney and Pixar characters. Jump into action with spectacular team-up moves and powerful magic spells to save beloved Disney and Pixar world! Includes 10 Magical KINGDOM HEARTS experiences a perfect way to begin the legendary KINGDOM HEARTS series; Travel to beloved Disney and Pixar worlds to defend them from the evil Heartless; Unlock the power of the Keyblade and team up with Final Fantasy, Disney, and Pixar characters in the ultimate battle against darkness; Test your battle skills with multiple combat possibilities, including powerful spells and team-up attacks; Uncover the Dark Seeker Saga and learn about the legendary Keyblade Masters.