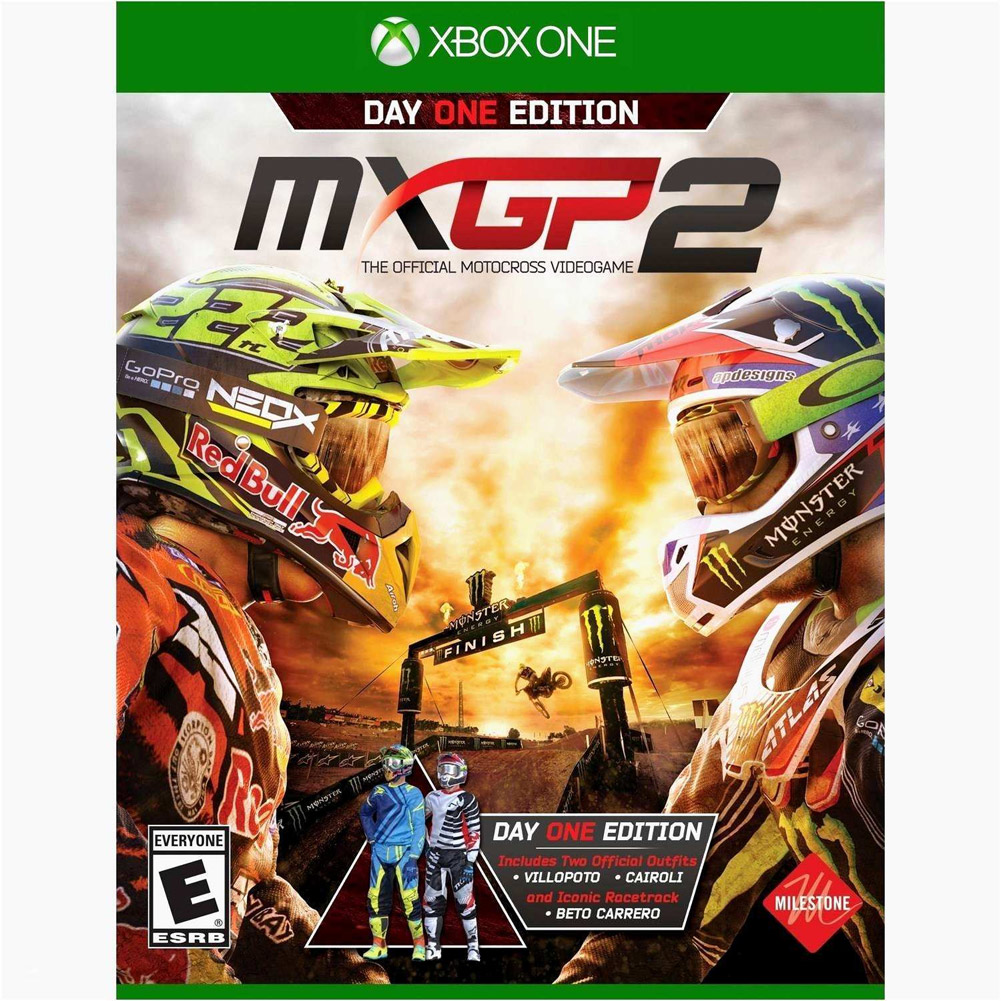 MXGP tour brought to life! MXGP2 is the evolution of the previous Milestone Motocross title MXGP - The official motocross videogame. The game is based on 2015 FIM Motocross World Championship license. MXGP2 is easy to enjoy, but at the same time it is characterized by a fully realistic gameplay. Day 1 Edition Includes the VILLOPOTO & CAIROLI official outfits as well as the iconic BETO CARRERO track.